Join us for an exciting supper with Rob Harrison, Josh Robins, Bryce Hitchens!

Taking life one day at a time and loving it, making sure I experience the most I possibly can out of every experience. I love my job, which makes it easy for me…

Born and raised in small town Saskatchewan, I started my training with my dad and uncle working for the family bakery. I loved the work—but—hated the hours and turned my sites on professional cooking instead of baking. I spent the first year out of high school working for my uncle on a seed cleaning plant to earn enough money to go to cooking school.

After school, I took on many roles in the kitchen from dishwasher all the way to kitchen manager and when I wasn’t being challenged I made the hard decision to move to the city to learn more. After a few years of working on the line and catering for several movies and TV shows (first few seasons of Corner Gas) being produced at the time, I was given the chance to earn a spot on a team cooking on a cruise line that toured the Arctic and Antarctic polar regions. Between the off seasons I worked as executive sous chef for Delta Regina and Bessborough.

Traveling and cooking became a way of life for five seasons until the day I met my beautiful wife and I made the choice to stay put in Regina.

From there, I earned an Executive Chef Position with Holiday Retirement and worked my way into the Reginal Chef position where I was able to work with chefs and kitchen personal from all over the country and the United States.  My team won may awards and one of them was to spend time in the Culinary Institute of America. A time that will never be forgotten! As Holiday Retirement was purchased, my position changed and I found myself with an amazing opportunity to do what I love doing—cooking and teaching—and I became the Chef Instructor for Level 1, 2, 3 Apprentices for Sask Polytech. While in this position, I wanted to do more and give back to my community. To fill that void, I started teaching at North Central Family Centre. Teaching young adults basic kitchen skills so they could enter the work force.

Josh Robins grew up in Regina and began cooking in restaurants at the age of 15. Josh has worked at many restaurants, as well as The Wascana Country Club, The Turvey Centre, and at the Old Mosaic Stadium as the Executive Chef of The Saskatchewan Roughriders from 2012-2017. Josh achieved his Red Seal of Cooking in 2005. Josh has travelled to work in kitchens with The Toronto Blue Jays, Cleveland Browns and Edmonton Oilers working multiple events including five Blue Jays opening days, NFL opening day in Cleveland, the 100th and 101stGrey Cups, and the opening week at Rogers Place in Edmonton. He also travelled to The Culinary Institute of America, in New York for training.

Josh loves cooking and loves to adapt and create menus for his clients to suit their needs. He has cooked for groups of 6 at a dinner party, to as high as 2000 guests with varied menus on Saskatchewan Roughrider game days. 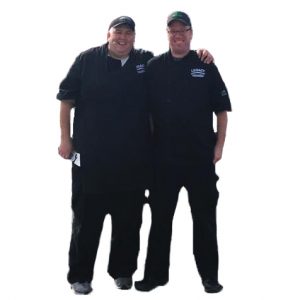 Rob Harrison- Retired Executive Chef/Owner of Rushton’s Catering. Highlights of my career include cooking for Prince Charles and the Duchess of Cornwall,  Prince Edward, 2 Governor Generals and  3 Lieutenant Governors.   I was also privileged to be the in-home Chef for Gordon Barnhardt and his guests while he was our Lieutenant Governor of Saskatchewan.   I catered to many of our Saskatchewan Premiers as well as the Premiers from across Canada, Cabinet and many wonderful people from Regina, the province and around the world.   For those of you who travel with our Canadian Airlines I was also your caterer for many of your inflight meals, most notably Westjet and Sunwing. I am a member of the Canadian Culinary Federation, Cook Trade Board, the Cirriculum and Examination Board and was the consultant for the Grades 10, 11 and 12 Culinary Curriculum.

Philosphy on Food- When it comes to food, embrace it and enjoy it, you’re never too old to play with your food. 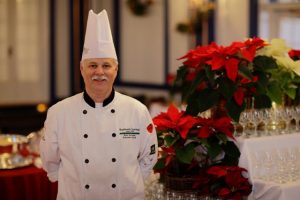