Chef Derris Warren and Sous Chef Emma Bonneteau are from London Belle an English style pub, located in the Fairfield Inn and Suites.

Born and raised in Regina Derris started his career in high school. Derris started his culinary apprenticeship at The Willow on Wascana, he later moved around to work and was mentored by some of the top chefs in Saskatchewan. At age 20, he finished his apprenticeship and received his red seal certification. Since then Derris has worked as Chef de Partie at the DoubleTree by Hilton and as the Sous Chef at The Hotel Saskatchewan.

Also born and raised in Regina Emma started her career right after graduating high school at Hotel Saskatchewan in the pastry department. Shortly after starting at the hotel she became Derris’s apprentice. She currently is finishing her second year of the Red Seal program. 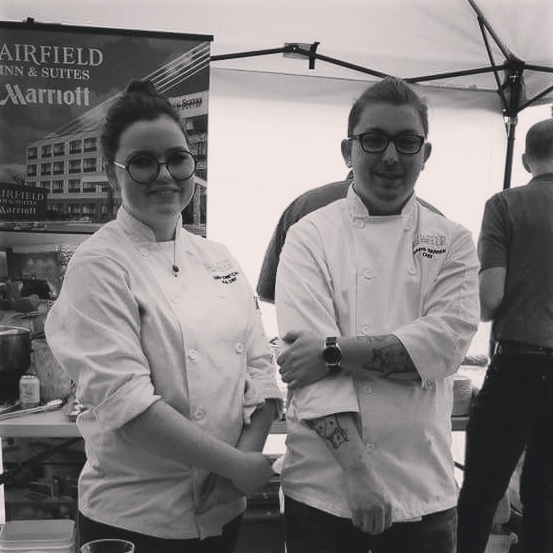