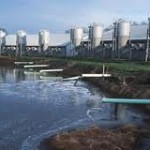 In the next 20 years, over half the farmers in Saskatchewan will be retired. Most people don’t concern themselves with this fact very much, but I think this future reality is very frightening. What will happen to the farms of the retired farmers, and who will buy them? There are very few young farmers out there and even fewer that have the insane financial resources to begin farming. What then? Corporations have already started buying up large tracks of land and having massive fleets of equipment to produce food at the utmost of efficiently, creating factory farms.

While producing food cheaply doesn’t sound so bad, the focus of most businesses is the bottom line; profits.

Food quality, food safety, and environmental protection ends up on the low end of the priority list. The idea of corporations in the future owning half of Saskatchewan’s agricultural production may sound far fetched, but one only has to look at existing large scale corporations and their subsidiaries to see the possibilities. Ninety percent of the beverages in retail coolers are owned by Coca-Cola and Pepsi. Wendy’s owns Tim Horton’s while KFC owns Taco bell. Lowblaws owns 25 grocery chains including Superstore, The Real Canadian Wholesale Club, and Extra Foods. Could this happen with our farms? You bet.

Investors expect a high return on investment, without regards for the morality of the choices required to get them.

Rare is the investor who can be attracted to a company where the return is lower, but the morals are higher. I see a lot of good people with their good ideas becoming corrupted by the reality of the business world of money and greed. I look at all the canning factories that were once in Ontario, now gone. Fruit and vegetable growers now need to ship it across the border to the U.S. and China just to get it processed. All this because the processors wanted to save a couple cents on a jar of jam.

All this makes me wonder about myself and the future of my own company. Will I have to cut corners here, reduce quality there, just to survive? Furthermore, will my company be swept aside by a large corporation that is willing to do anything and everything to squash competition? Will consumers understand and appreciate the efforts and sacrifices I make to create these high quality products or will they be enticed by cheaper products made half way around the world? These are tough questions that only the future will answer.

As I told my wife Sylvia when we first started this company, “It won’t be boring…” and it never is.