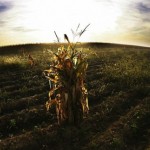 There has been a long demand from consumer groups in North America to have the right to know what is in their foods; specifically ingredients containing Genetically Modified Organisms (GMO’s). It seems pretty clear cut, we know the ingredients, we know the nutrient profile of a food, and with new legislation, even known allergens will be labelled.  So why not GMO’s?

Jose Fernandez, the US State Department’s assistant secretary for economic, energy and business affairs, said that GMO labeling would scare consumers away from those foods. “If you label something there’s an implication there’s something wrong with it,” said Fernandez. I would expect a statement like this from a Monsanto spokesperson, but to have it come from a government official, who is supposed to represent the people and not corporate interests, really tells the story.

It isn’t the act of labelling which scares consumers away, it is what the label states.

I would think that if GMO’s are all that the bio-tech firms claim them to be, they would be proud to label it on their products. Why not promote their roundup ready crops that are reducing pesticide use and increasing yields, why not promote that their BT cotton is providing an increased income to farmers in India, why not promote that bio-tech food is feeding the world’s hungry.  They can’t. There are no studies to substantiate their marketing claims, just studies to refute them. The latest polls state that 85% of Americans would not eat GMO’s if they were labelled as such, so the only way to use the GMO ingredients is to hide them; in our ‘Natural’ cereal, our crackers, table sugar; our everyday foods. Nope, you are not going to see a huge sign at Safeway stating “NEW FRANKENFISH SALMON, FRESH FROM THE LAB!” anytime soon.

The European Union passed legislation in 1998 that requires GMO labelling, and many other countries such as Brazil, Australia, & New Zealand has also adopted this. Even President Obama vowed to “label GMO foods because Americans have the right to know” when he was running for election. A quick look to see where most of the bio-tech companies are located, and their massive lobbying efforts, you can easily see where the power truly lies in government, and why nothing has since changed.

California and 15 other states are trying desperately have GMO labelling put on the ballot, thanks in large part to consumers groups such as the Organic Consumers Association (OCA). But the ugly truth is that it takes money, and lots of it to make changes in today’s society. The OCA lost it’s battle to allow GMO’s in foods, but realizes that if the labelling law is passed, it is a good bet that GMO use will decline. It will be interesting to see if the common consumer will rally to force companies, and governments to give us the right to know what is in our food. This will allow the truly capitalist Supply & Demand doctrine to dictate the existence of GMO’s.

One Response to “GMO Labelling. Our Right to Know.”